The fitness center completed a visual update including new paint, graphics, and photos of WCS student-athletes.

After painting was completed by the WCS custodial and maintenance department, new graphics were installed, including the "Hornet Strength and Conditioning" lettering which can be seen from the performance gym bleachers. Additionally, a new mounting system was installed to hang updated photos of WCS student-athletes. The mounting system will allow for easy exchange of photos every few years.

Finally, new fitness racks were installed which will allow for enhanced versatility and greater capacity for fitness center members and student-athletes.

Learn about WCS Pool and Fitness Center membership by selecting the link here. 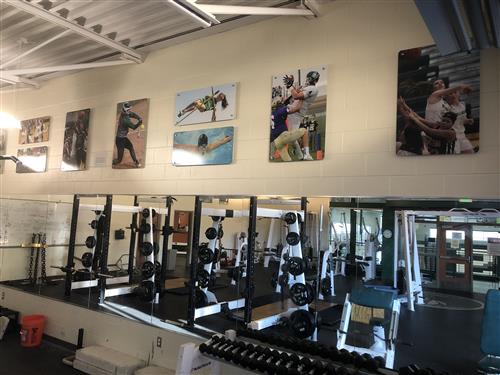 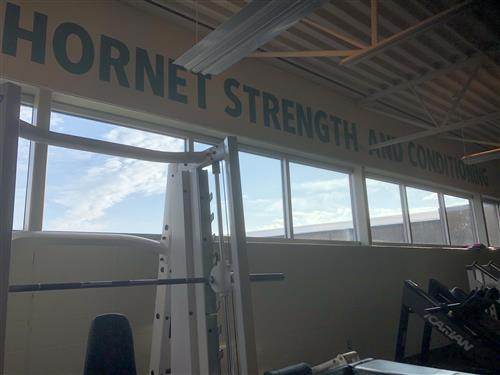 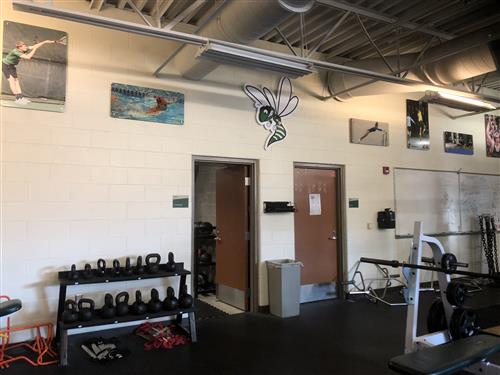 Before and After Photos showing the new work out racks. Some of the older equipment has been relocated to other locations throughout the District: 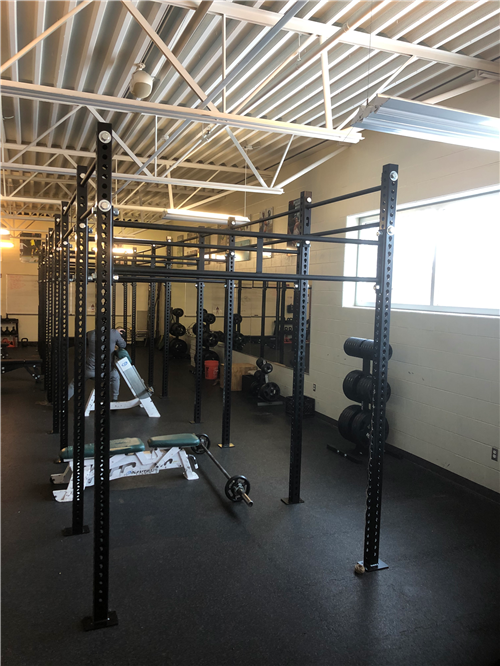