Track and Field Invitational Renamed After Retiring Educator and Coach

Williamston's signature track and field event has been renamed the Mitch Lutzke Williamston Track and Field Invitational. The tribute is in honor of long-time WCS educator and Hall of Fame track coach Mitch Lutzke, who will be retiring this summer after 31 years of service to the District and community.

Originally hired as a shot put and discus coach under Coach Paul Nilsson in 1991, Mr. Lutzke was promoted to head girls coach in 1993 and became the boys head coach in 2014.

In addition, from 2001 to 2007, Mitch was the middle school cross country head coach, with the girls team capturing the first three Greater Lansing Middle School Cross Country Meet Championships. Mr. Lutzke coached his daughter Laura on the 2011-2014 teams and his wife Karen during the 1988 United States Olympic Track and Field Trials in the 10,000m run.

Mr. Lutzke is also retiring from teaching after this coming school year, where he is a history, sociology, and television broadcasting teacher at Williamston High School. Mr. Lutzke is a favorite among students at WHS for his quick wit, interesting lectures, and dedication to each student in his classroom.  He is a frequent announcer at assemblies, football games, and basketball games.  Locally, he is a popular speaker on Williamston history, serves as a volunteer on the Williamston Museum board, and has authored several history books, including The Page Fence Giants, which was a Michigan Notable Book of 2019.

Congratulations to Coach Lutzke on this well-deserved honor and thank you to the many alumni who traveled from around the country to attend the ceremony. 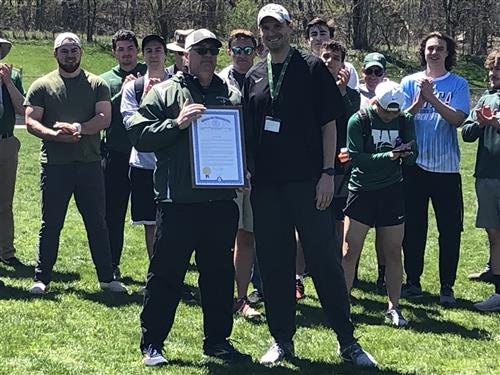 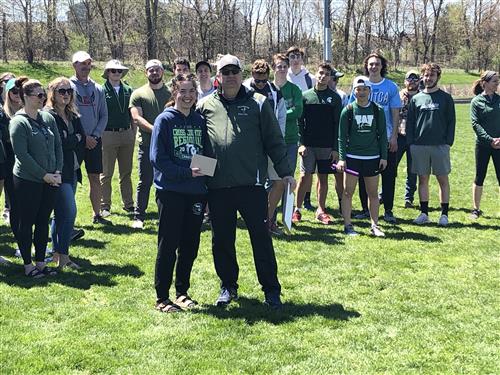 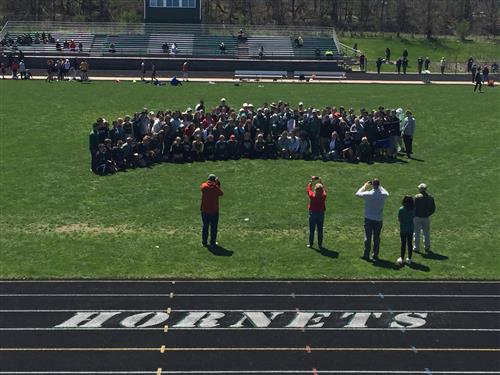